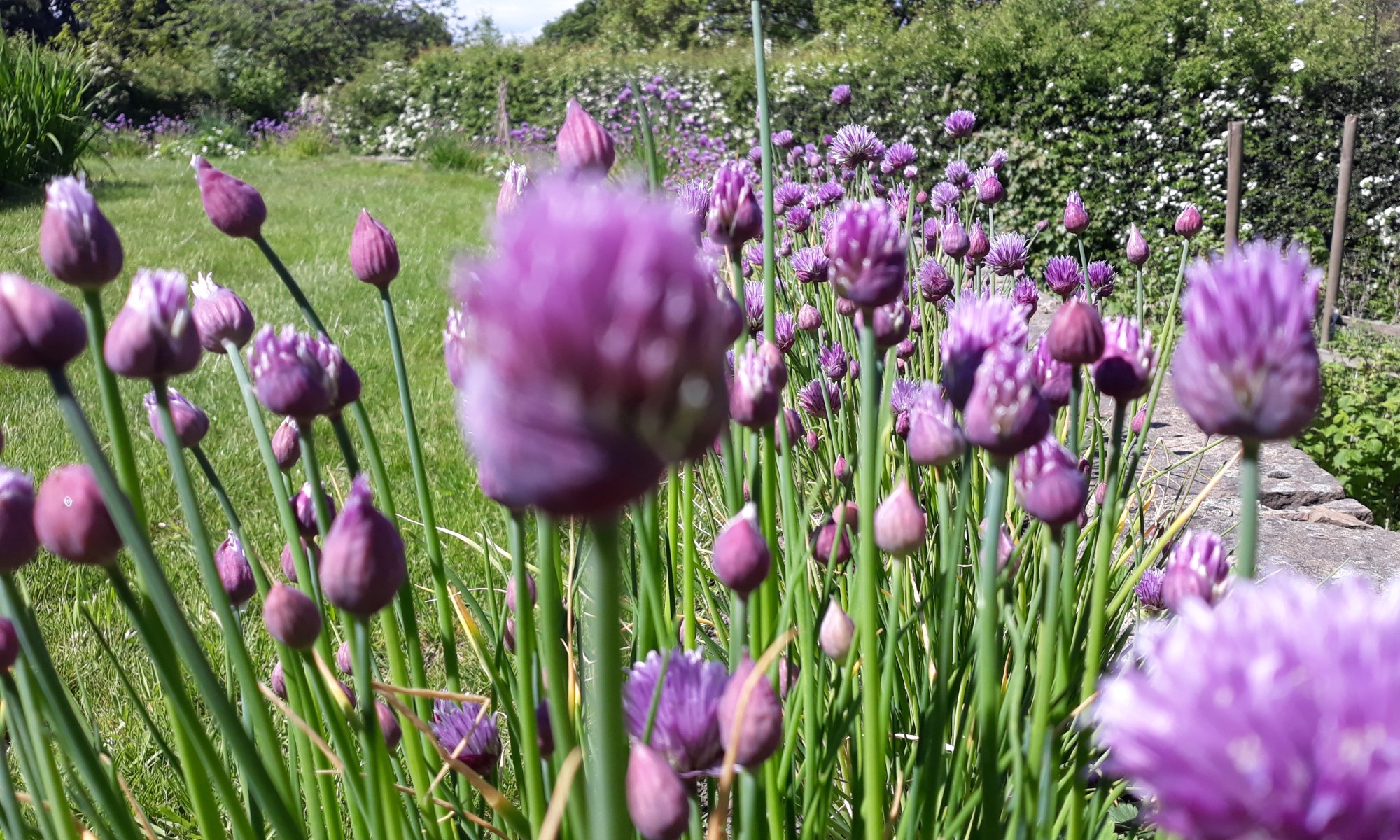 For Get Me Nots may still have a couple of flowers left on them but they start to go mildewy and are now just taking up space and valuable water and nutrients which could be used by the flowers still to come in the border which are much more important now. So thank you for your dainty blue haze but Auf Wiedersehen and Adios.

Chelsea fever is upon us this week, and Green seems to be the colour and natural looks and trees have so far been the dominant trends. I really like the wave effect in the pond in The Outdoor Room created by Joe Perkins and sponsored by Facebook. Much nicer sound than a traditional fountain. As stunning as it is to see such immaculate and expensive show gardens, on display this year, we have natural planting, weeds, more formal areas, greens, whites and pale yellows may offer a calming and pleasing effect on the eye but there are also tropical plants in Jilayne Rickards garden and bold colour combinations from both Jody Lidgate and Sarah Eberle. Doesn’t this all suggest that anything goes really and we should not be disheartened this weekend when we turn the tele off and head back outside to enjoy the beautiful weather.

I wonder what Chelsea would look like if it was held in late summer, I got to thinking yesterday with all the talk of Chelsea and the green trend, because all the flower shows are held at the same time of year every year they all have a recognisable identity, Chelsea is Iris, Peonies, Poppies, Anthriscus and ferns by the time we get to Tatton Park we are into Dahlia, Heleniums and Rudabekia. I think it would shake things up a bit to rotate the time of year each show gets, so Chelsea isn’t always in May. Let us see different planting schemes in different settings and with different budgets. But that is just the kind of thing I ponder whilst weeding.

One thing that keeps me on my toes is that, you can have some idea about what jobs I will do on any one day, but when I have not seen the garden for a whole week you never quite know what surprises it will have in store. Today, I had my ladder at the ready to tidy the Akebia from the guttering and to give the grape vines some breathing space however when I got to the garden,I was looking around I noticed a blue tit with a mouth full of food,he looked at me, looking at the climber and froze. I moved a short distance away and sure enough he flew into all the growth I was just about to get rid of. So a job for another day the guttering will cope. In the photo, that was only taken with my phone, so it is not terribly clear when you zoom in, but the blue tit is there, see if you can spot him. Make sure you are vigilant if you attempt any kind of hacking in the garden until end of June.

Chelsea Chop, During the week of the flower show is the perfect time to head out to the herbaceous border with your secateurs and gird your loins. All of that lovely fresh growth on SOME plants can be cut down now and this will provide you with a more well behaved plant and later flowers.

I find it particularly useful for vigorous Sedum growing in a space where there is not room for them to flop everywhere by the time they are flowering in September. It is also useful for other late flowering perennials such as Helenium, Echinacea, Phlox paniculata. It can help make Aster more stocky so less likely to fall over in a late summer storm. If you want to be really clever cut back half of the plant and then you will extend the flowering period as the cut stems will flower later.

Lastly for this week as the garden looks far too lovely to be sat reading articles on your phone or tablet!! Rosa banksiae is such a pretty sight at the moment, and this from a girl who doesnt like yellow, so it must be good! This rose flowers best on summer ripened stems so prune out unwanted stems immediately after flowering and tie in all the remaining new growth for a great display next year.

Sorry couldn’t leave without saying, the Alliums are Opening !!!!!! Happy Days in the Garden x